Skip to content
African nations represented on return in 2021

African nations represented on return in 2021 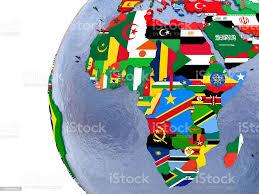 African nations represented on return in 2021

A long awaited completion of a full globe of nations may be about to occur within MIHWA, as early discussions are taking place to welcome the African continent to our Inline family.  Plans to include one or more African nations have always been on the cards, but with inline infrastructure still emerging there, it has always been just a nice idea never realised.  But now, thanks to the efforts of David Hammond in Namibia (a nation where inline is arguably most developed so far), momentum is gathering for a team to play from this enormous continent.  David says  "I am honoured to be allowed to put together a Team Africa and bring players from a different part of the world to experience the World Cup."  Although full teams from individual states are yet to be developed, it is hoped that by sending an exhibition team, representing all of Africa, that this may inspire that development.  Could we soon see Namibia in our World Cups? Dave Hammond again... "This sport is only 23 years old in Namibia, and many players here either have started this sport very late in their career, or will have never had an opportunity to attend such an event... This will be a dream come true for most of our players".   Who knows what untapped talent may emerge from this exciting new addition to the family of inline.  A general meeting on the 19th of December in Namibia will determine how this team will be shaped, with the plan to try and field teams in all three categories.  "We are planning to make some noise" claims the Canadian expat, who is now located in Namibia as a coach, and who is still heavily involved with Canada Inline.  MIHWA is very excited to welcome players from Africa, as we continue to expand our reach around the globe.  "Watch out world, Africa is alive, and on the hunt!".