Skip to content
Delay of Game! Army of Volunteers Chip In to Keep the Games On Track 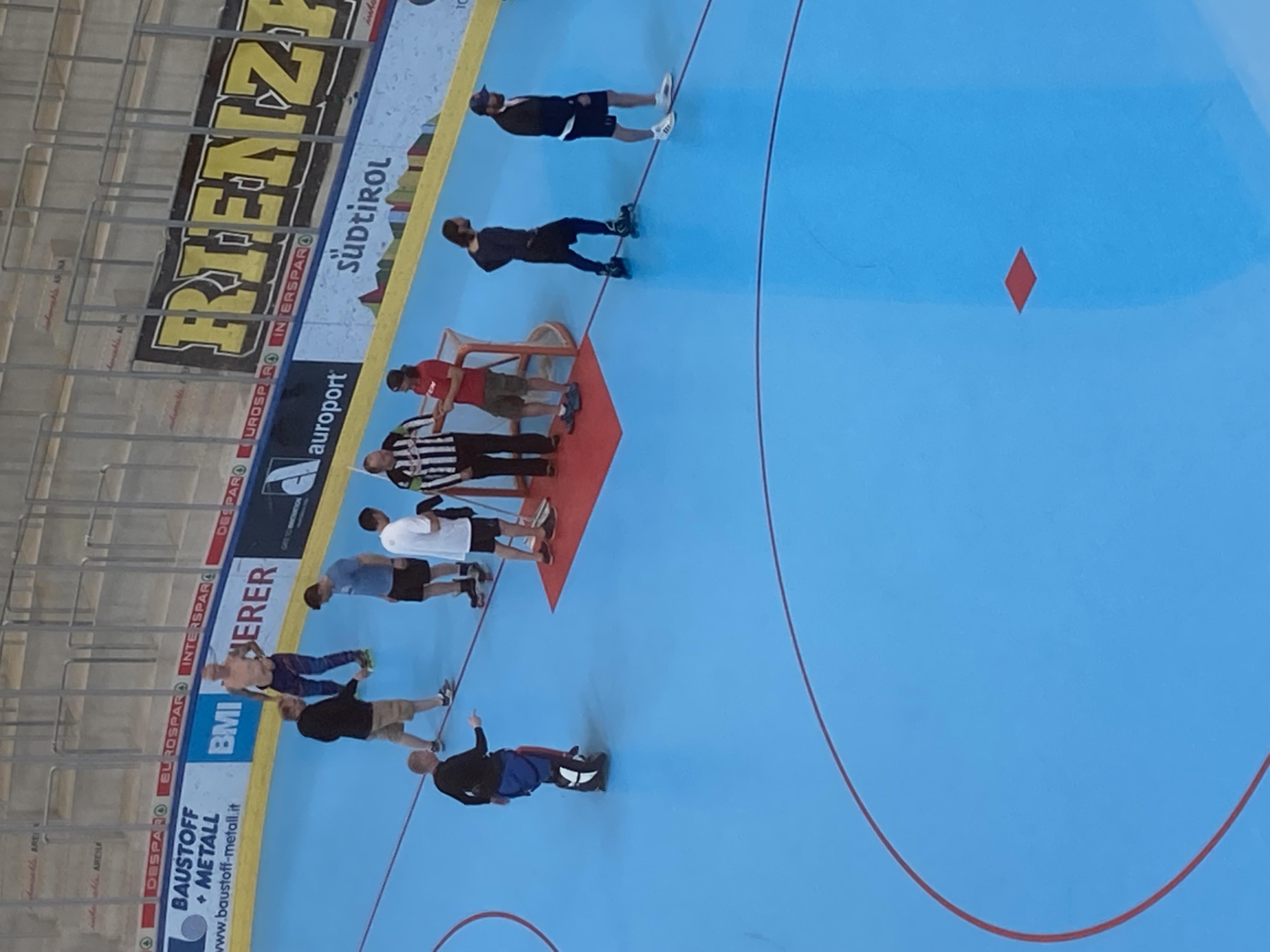 A safety delay was called on the main STILMAT floor early this morning, due to some issues with a residue on the surface.  This rendered the rink unplayable for safety reasons, so the call was made to delay.  Tomas Ulrich, the owner of STILMAT was on the scene immediately to investigate.  This built up into an army of volunteers from several teams chipping in to resolve the issue.  Even yours truly was down there wiping the surface.  Gary Holding, affectionately known as "the Glove" offered some insight into the delays. "This happens all over, wherever you have any surface involving Inline Hockey... there is a dust, or fret, that comes from a combination of fine residue, dust in the air, and the sweat and fibres from players."  The Glove ought to know, he owns a number of Inline rinks in the UK, and has seen this problem before.  His advice helped greatly the cleanup operation, and reports following the team effort were that it was feeling better than ever.  At time of writing, the schedule and debate continued, but play on semi-finals day will hopefully continue shortly, and we can get back to the business at hand.  Special thanks to those individuals who came down to mop up and offer their help, for that represents the very best spirit of this sport.