Skip to content
Australian National Team Keeping it in the Adams Family! 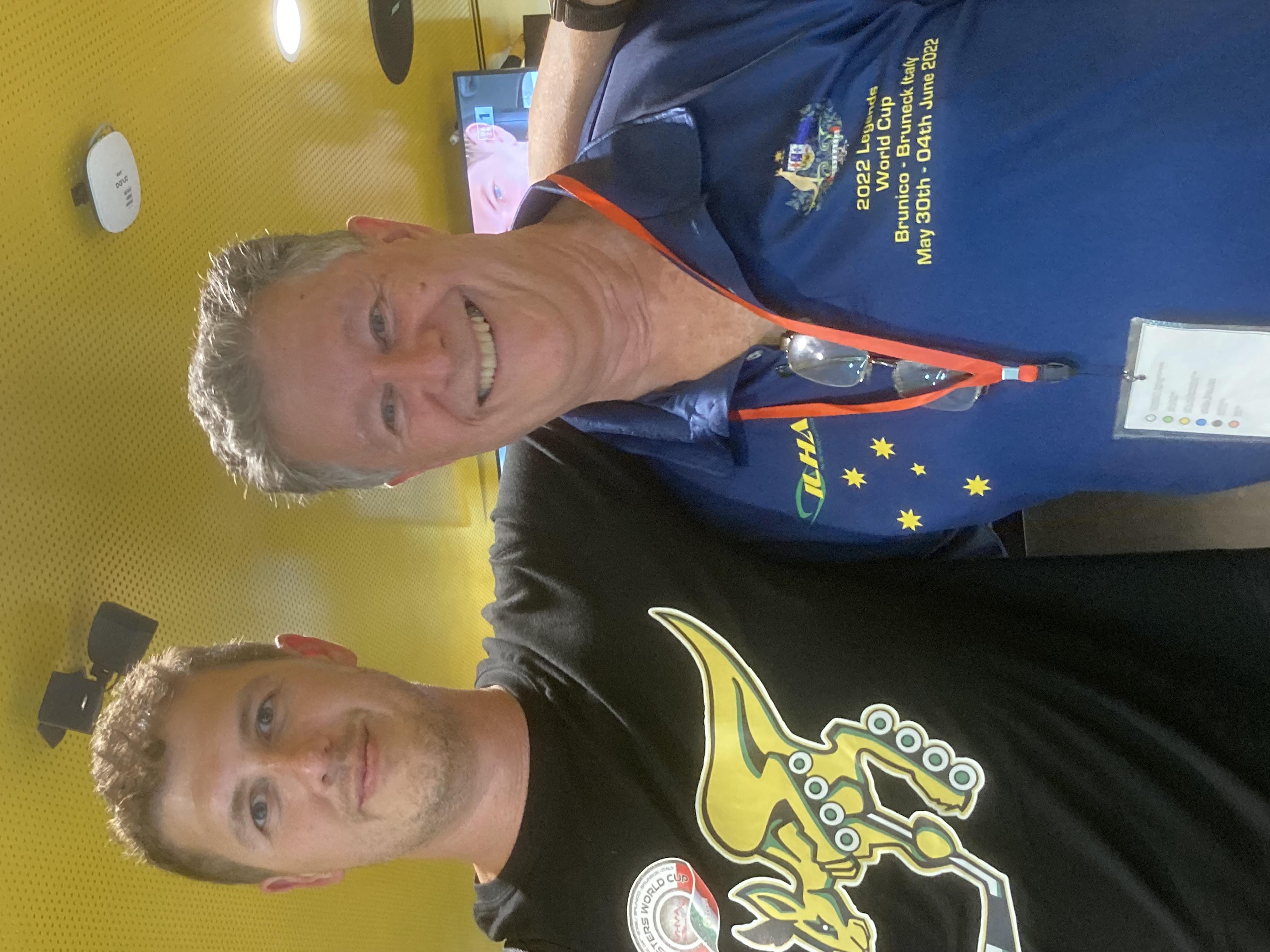 "Fortunately, he skates nothing like his father".  That's the warmly delivered opinion of the Australian Legend player Ross Adams (55) who at his tender age, an unspecified number in the 60's, is one of the most capped and experienced player of Inline Hockey anywhere in Australia.  Hailing together from the Baulkham Hills area of Sydney, he and his son Steven are regulars at the Sydney Flyers club, fondly known as "the suits" for their mock business jerseys.  They make a scene when they play with unorthodox kit, but their record of winning is worth the risk.  Maybe that's why this club has turned out two Aussie Inline Internationals.  Ross was present for the Rolleroos right from the beginning of the masters movement, back in Bisley, UK in 2010.  Since then, Steve has joined his dad in the Masters set up from down under, first as a coach for the Aussie Masters, and now coming of a certain age, able to play.  And what a player, notable as one of the strongest for his National Team, and playing around the world for Inline Hockey clubs, and being a part of the Aussie set of for many years.  "You always bump into players you know from long ago here, and it's great" said Steve, explaining what a pleasure it is to compete here at these games, even though it can be a tough hill to climb.  At least he always has his dear old dad to turn to for advice when the chips are down.  But together they make a formidable team in the wider family of Aussie Inline.