Skip to content
Let the games begin!  Emotional opening ceremony has players all geared up!

Let the games begin!  Emotional opening ceremony has players all geared up! 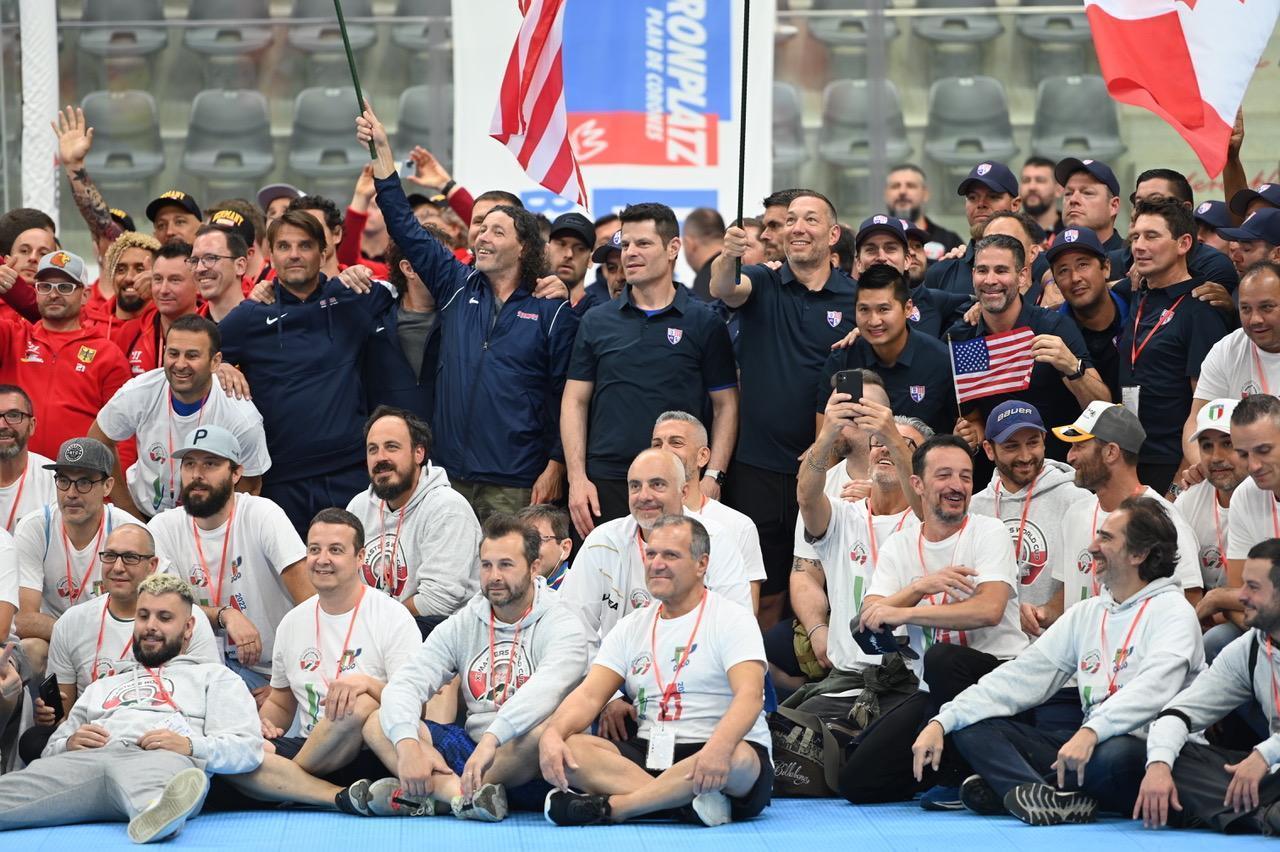 The atmosphere was electric at Intercable Arena May 31 as the Masters, Veterans and Legends teams, representing some 15 countries, came together in Brunico, Italy at the Masters World Inline Hockey Association tournament’s opening ceremonies. Over the past two days, several games have already been played and the heat is on for each team to prove who is primed for gold. This was an emotional return for many of these players, who have missed each other over the last two years.  Finally arriving at these games means a lot for everyone, and seeing it return in such a fashion was really special.

The ceremony was headlined by MIHWA’s David Ninzatti along with local officials and Intercable Arena’s general manager of operations. Teams here are ready for the next few days of competition, and ready to build the next chapter in this story, and new friendships for a lifetime!